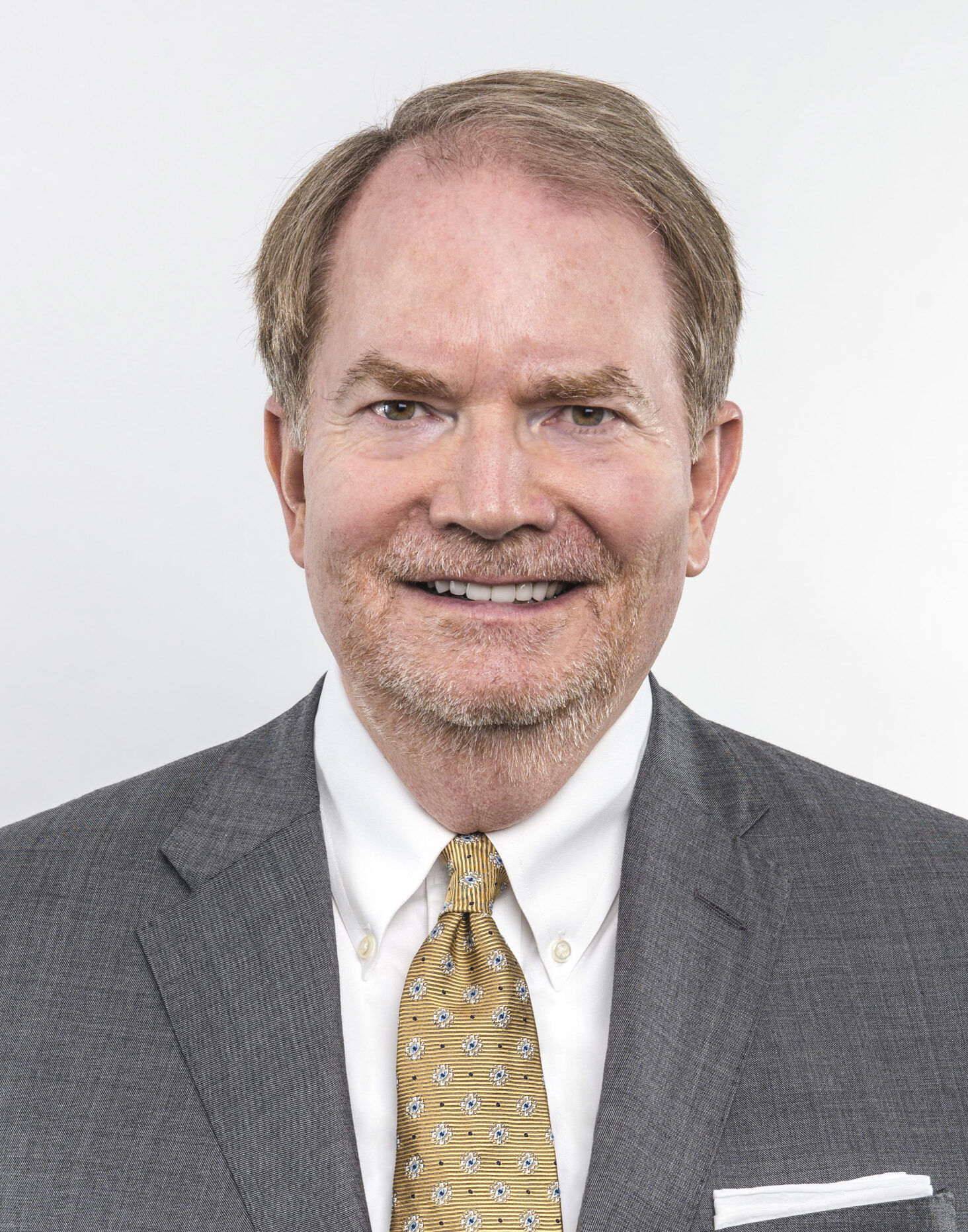 Paul Matthews, a seasoned attorney of more than four decades in state and federal courts, practices in a number of areas of the law, including business and commercial litigation, corporate law, creditor rights and bankruptcy, and trade association matters.

Paul is a graduate of Duke University, where he headed the History Majors Union and served as an officer in student government, and Vanderbilt Law School, where he was chief justice of the school’s Moot Court Board. He came to Harris Shelton in early 2022 after serving a 29-year stint at Armstrong Allen, PLLC, in Memphis, as well as a senior partner at Bourland Heflin Alvarez Minor & Matthews.

Dedicated to family and community, Paul formerly served four five-year terms on the Tennessee Historical Commission, as president of the Duke University Alumni Club of Memphis as a Leadership Memphis graduate (Class of 1987) and former Alumni Advisory Committee member, as a YMCA youth group leader and a member of the vestry and youth basketball coach at the Episcopal Church of the Holy Communion in Memphis.

He is presently on the Shelby County Conservation Board, is president of the Rural Heritage Trust of Southwest Tennessee, and is Secretary of the Board of Trustees of the Mid-South Public Communications Foundation, owner and operator of WKNO-TV and WKNO-FM. He also serves on the board of advisors of St. Mary’s Episcopal School.